After waiting for almost a week, the toggle switch from Trail Tech finally came in.  Now I can finish the install, but I'm getting ahead of myself.

The new R12R has been in my possession for a year now, and it has a whoppin' 3K miles on it.  Yeah.  I know.  I ride the 8GS around a lot more than the 12R.  This is mostly due to the better mileage with the 8GS relative to the commute.  Still, every time I take the 12R out, I can't help but notice the lighting situation isn't quite how I'd like it to be.  I was contemplating installing the combo lighting I had on the previous 12R, but I've been procrastinating because I haven't purchased a Centech AP-1 yet. 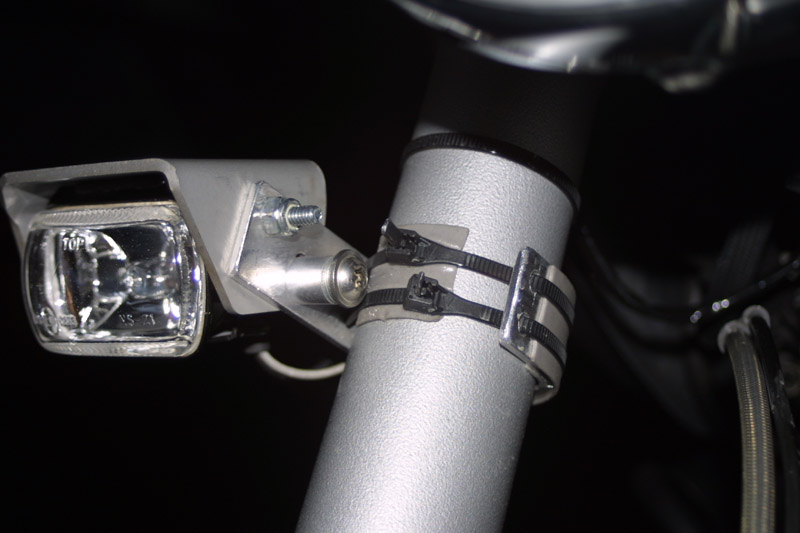 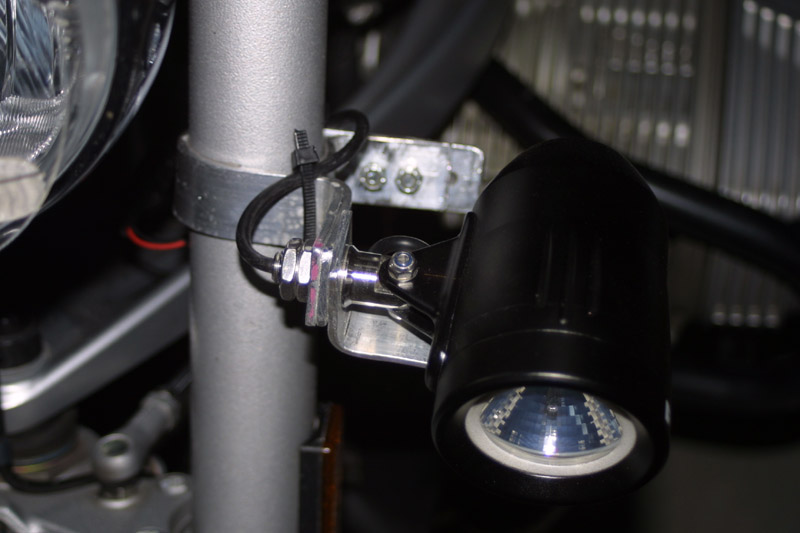 
One thing about the previous lighting choice is the HID and flood light combo is pretty bright.  The 12R is low enough that it doesn't blind city folks, but I still receive the occasional beam flashes. 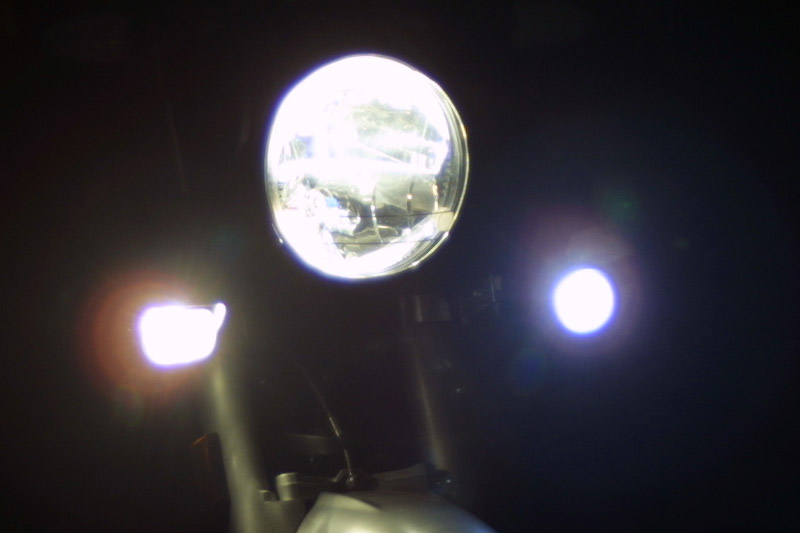 Lighting system on the previous R12R.


As you can tell from the title, I eventually decided to ditch the old lighting system in favor of the Clearwater Lights (Glenda kit) and its ability to dynamically adjust brightness.

Nowadays, you can purchase the high intensity LED lights directly from the Clearwater Lights' website (http://www.clearwaterlights.com/) instead of going through a third party seller like Pashnit.  In my case I tried to order the lights on-line, but PayPal gave me grief so I went ahead and called the Clearwater Lights folks and order by phone (916-852-7029).  Does it still cost and arm and a leg?  Yes, but it is still worth every penny.  What can I say.  You get what you pay for.

With almost 10% CA sales tax, my kit comes to $505.65.  Fortunately for me, I'm a returning customer so the Clearwater Lights folks were generous enough to give me $50 off.  Thanks Clearwater Lights.  You folks are so friendly and pleasant to talk to.  If you say, it's only $50.  I say, "Hey!  Anything is better than nothing."

BTW, don't be deceived by the website lacking R12R model information.  Clearwater Lights have mounting systems for the R12R also.  You can mount via an engine guard, if you have one, or via the brake caliper mounts.  For me, I don't have an engine guard so I went with the brake mount kit.  What can I say... my 12R is on a diet.

A week or so later, the 2nd generation Glenda kit is at my door.  Awesome!  Now I just have to put it all together so I can be spotted easily on the 12R.  How do I know for sure people are seeing me?  I've had several reports from motorists that they become focused on my lights when I'm behind them on the 8GS.  If that's not enough proof, I don't know what is.

Once more I dig out the old Pelican 1040 case from the last R12R and install the appropriate mechanical relay, incoming power fuse, and the Centech AP-1.  As with everything that you do twice, this time around installing the Centech AP-1 is a snap because of the experience from the previous 12R.

Case held down with 3M double sided indoor/outdoor tape (under the case) and a couple of tie wraps.

Drilled a hole on the other side of the Pelican case to run the wiring for the lights.

Here's what it looks like inside.  Everything is protect from the elements.
Not that the elements ever get in under the seat all that often.

A little slack to prevent any kinks in the wiring.

The tie wraps fit right between the forks and the fender without touching the fender.


30NM later, the brakes are back on and secure.  I give the brakes a couple pumps to make sure I have brakes when I ride next.  Now it's a matter of running the remaining electrical wires and hooking everything up.

Big O' 16 gauge electrical wire to feed the lights.  It's a bit long.  I ended up trimming the wires a bit.


I gathered all of the wiring for the lights and combined them together in a neat fashion.

Red - positive
Black - negative
Blue - volume knob (connected to one another and to nothing else)
White - not used for my configuration.


Then I crimped the wires using male and female push-on connectors, connect everything up, and tie wrap everything together to keep it all nice and neat.

Much neater and out of the way.

Here's how it looks at the handlebar.


Once again, I decided to wire the lights to a toggle switch instead of tapping into the bike's light power source because there are instances where I don't want the lights to be on.  It's nice to turn the light on/off on demand.


Do I ding Clearwater Lights .1 point out of 5 this time around just like last time? (Clearwater LED Lights)  Even with the kit's docs still being in black and white.  No.  Why?  Have I fallen to corruption and given the company that extra .1 point because I like the lights so much?  Nope!  Hardly.  The reason for this is because Clearwater Lights has provided full colored PDF documentation on-line.  No longer is there a need to guess as to what color wire goes where.  Just go to the Clearwater Lights website and look up the document that best fits your bike.

It's a 5 out of 5 folks.  I could even go higher than a 5 but it doesn't make any sense in a scale from 1-5.  As like before, I can see and feel the quality of the product in my hand.  It's definitely worth the money.